Highlights from the 2019 Annual General Meeting

The CCA would like to thank, By Livestock for organizing the tour which included three herd tours, a winery, Tidal Bore Rafting, sightseeing and the Maritimes Junior show.

The first stop on the tour was Downeast Charolais where we were treated to some excellent hospitality, cattle, ice cream and homemade sweets. Next, the group travelled to Magnetic Hill Winery where we were educated on wine tasting and the process of wine making. That evening after dinner, we were entertained by Honour Roll recipient and Recording Artist Jack McAffee.

Charolais members and guests met for the 59th Annual General Meeting on the morning of Thursday, June 6th in Moncton, NB.  An overview of the Association was presented, along with the Financial report and various Committee and Provincial reports.  At the luncheon, the awards for Dams of Distinction were presented (Twenty-Five, Forty and Fifty year members), as well as the awards for the Honour Roll members. This year’s Honour Roll members were Louis & Benoit Leblanc of LXL Charolais, Haute AbouJagane, NB and Jack McAffee of Lower Knoxford, NB. Russ Mallard of Atlantic Beef Products then gave a very informative presentation on their Branded Beef programs.

The tour resumed with a stop at Cavendish Beach and then onto a delicious Lobster feast. The next morning, we toured Lady Fane Charolais, Lady Fane, PEI, a Charolais and Potato operation we then proceeding to the next stop on the tour which was Balamore Farms, Great Village, NS, where they grow Strawberry’s and Charolais; once again we were treated to some great cattle and hospitality. The remainder of the tour was filled with sightseeing, adventure seeking and a Junior show.

The CCA congratulates Mike Elder of Coronach, SK on being elected President. We would also like to welcome new board members Ryan Nesbitt, Nestleton, ON and Rod McLeod Cochrane, AB to the Board of Directors of the Canadian Charolais Association. The CCA would like to sincerely thank, retiring Directors, Brian Coughlin and Allan Marshall for their time and dedication to this breed association. 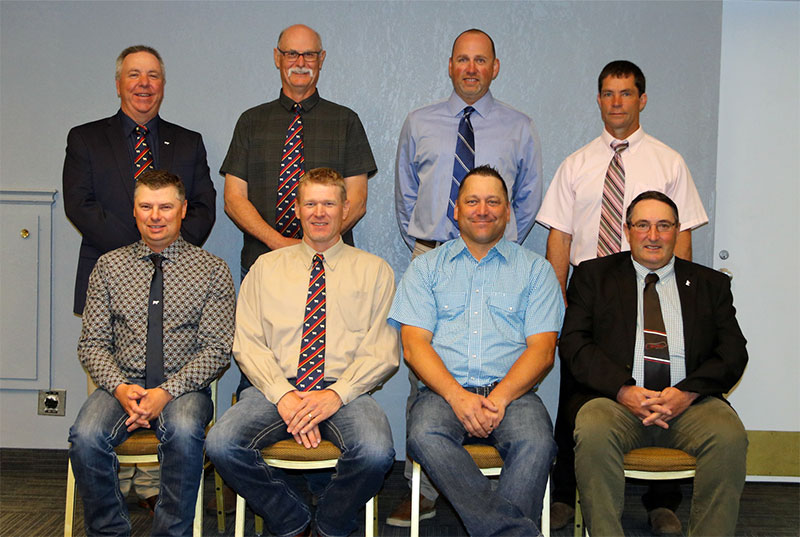