The privilege of selling registered Charolais animals is reserved for Active members of the Canadian Charolais Association (CCA).

With the popularity and increased demand for Charolais and Charolais crossbred cattle, it would be beneficial for you to consider an Active Annual membership with the Association.

As a member of the CCA you are entitled to:
• Register and Sell Purebred Canadian Charolais cattle
• Membership with your Provincial Association
• Voting privileges with both Provincial and National Annual General Meetings
• Subscription to the official breed magazine, the Charolais Banner. The Banner is published five times per year (February, May, August, October and December). The Charolais Connection is published three times per year (February, March and Fall) and is mailed to 10,000 cattlemen nationwide including past Charolais bull buyers and all subscribers to the Charolais Banner.
• Membership updates from the National Association
• Full performance information on your herd

Becoming a member of the CCA is an inexpensive way to ensure you maintain the value of your purebred herd. 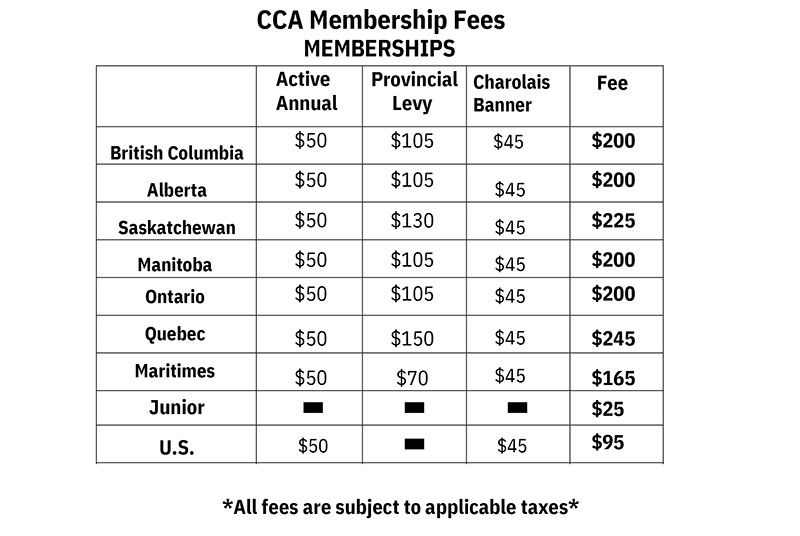